Coffee is served on a board with sparkling water and a madeleine on the side.

Pretoria-born Wilhelm Liebenberg, founder of Coco Safar in Sea Point, Cape Town, has followed dreams from music, fashion design and movies to an international brand which offers escapism for the price of a cup of coffee and a croissant.

It is the era of the hybrid pastry, and what a time to be alive. From their origins of croissants, we have cruffins, cronuts and doughsants, and croissants de nata, this latter from Coco Safar. Like a Martini, which is a classic with gin and a hint of vermouth (vodka if you must), but has the title tagged on to any drink in a specific glass, the croissant in its basic state already finds itself dressed up in all manner of fillings and flavours, sweet and savoury. It’s already only a small step away from the custard slightly caramelised, cupped by flaky buttery pastry.

Same with croissants. The de nata was satisfying and I’ve made my peace with it. A traditional plain one will do me fine in future, thank you. Maybe with chocolate (which is not the same as pain au chocolat). Before I go down this rabbit hole of the merits of various croissants and other pastries, like the great Tomato Sandwich Twitter Debate of 2022 which divided the internet for a minute, the message that Wilhelm Liebenberg, founder of Coco Safar, wants to convey is that it is about accessible, affordable luxury – escapism for the price of a cup of coffee and a croissant. Any kind of croissant.

Croissants come with many flavours and fillings.

For some, like me, the perception is that it is a place for breakfast, lunch, and certainly coffee and sweet treats, but it extends into the evening with dinner too.

“We have some work to do to help people understand,” Liebenberg allowed. “For under R70, people can have that moment of feeling like they are in Paris. Even at night time, if you want a calamari and a glass of wine that’s fine. It’s not about the money, I want people to feel comfortable.

“We’re noticing a fantastic trend where people come at night for dessert and coffee. It’s our duty to help people expand their horizons.”

There will always be those who come only for breakfast, or only for coffee, only for dinner. “And those who adopt you profoundly will come for everything,” laughed Liebenberg.

Popping in at Coco Safar for dessert and coffee is a trend.

“The most important thing about Coco Safar is that you come to spend your time. Time is the most precious commodity you’ve got. There are so many other places to go, we should really treasure the time you spend with us. It should not be taken for granted,” he said.

I met Liebenberg while having dinner at Coco Safar in St John’s Piazza in Sea Point. It’s a fairly new store, a couple of months old. The branch in Artem Centre near Glengariff Road will close shortly, and be absorbed by St John’s Piazza and Constantia Uitsig, opening this summer. In addition, Liebenberg will open Coco Safar at V&A Waterfront in the very near future (Victoria & Alfred Hotel precinct, with views of Table Mountain and the harbour), as well as two in Joburg – Rosebank and Sandton – and New York City early in 2023. There was a weekend pop-up at the Rosebank location during which time 8,000 croissants were sold.

“To do that at the tip of Africa is insane; I would have been blown away if this happened in New York, where there are more people and more money, which is not the case in South Africa,” said Liebenberg. “It makes it even more remarkable. This was a big gamble but the proof of the pudding is in the eating. This level of brand loyalty, it’s crazy. If we’d had more we would have sold more.”

While this growth spurt is wonderful, it was Liebenberg’s unplaceable accent that intrigued me. And his gorgeous jacket of periwinkle with large black roses printed on it. This led to a conversation about fashion, which I later learnt was something Liebenberg pursued at one point of his life.

Hailing from Pretoria, Liebenberg’s parents were “extraordinary entrepreneurs”, he said.

“They were fearless, starting many businesses. If they failed, they started over. I didn’t understand at the time how incredibly I was influenced by them, at levels I only understood much later in life. My dad, without any experience, started a massive bakery in Pretoria, with 12 people serving in front. It was remarkable; he made it four times bigger over the years and while doing printing businesses and tonnes of other businesses. It left an impression on me without even realising it. So I had those great building blocks.”

Liebenberg left South Africa when he was 20 years old and headed for Europe where he was heavily involved in the music industry – he recorded an album, appeared on stage with Culture Club and Duran Duran, and had a record deal with EMI. Even before this, he wrote songs for Laurika Rauch.

“It was a crazy, surreal time,” he said. “I was illegal, and disillusioned with the music industry with opportunities that couldn’t be taken up. Eventually I left for California where I opened a small boutique and designed clothing which ended up in Macy’s.”

Liebenberg met his French Canadian wife Caroline Sirois in Munich. She moved to California with him before returning to Canada. Liebenberg did a brief stint in New York before moving to Athens. Why Athens? “I had nowhere else to go!” he laughed. The couple married there, and Liebenberg continued working on designing clothing lines, recording music, and teaching English.

“I was super young and very much in love with clothing trends. Music was a look and a feel and it all merged together – there is a big link between music and fashion,” he said. “I was kind of fearless. I was okay with taking risks. I guess I still am.”

Definitely something he inherited from his parents.

“They also did stuff they knew nothing about. All the things that excited me, I would immerse myself in them. You gain knowledge, through trial and error. They say ‘experience is what you get when you don’t get what you want’ so I got lots of experience!’”

He was very privileged to be on such a creative journey, said Liebenberg, but he had to learn how to raise money, otherwise he would remain a frustrated artist. “I was lucky I could merge creativity and business. I wanted to play with the top 1% so to do that you do take risks and push boundaries. I was lucky to live internationally because that changed my whole perspective on life.”

In the 1990s, Liebenberg based himself in Montreal where he started a model agency/ad agency/record company because why the heck not do something else he’d never done before? Cirque du Soleil was a client. The work flowed in, offers too good to refuse even if Liebenberg didn’t know how to execute them. In the true spirit of the self-employed, he said yes to it all. It was an exciting time in Montreal, a hotbed of creativity, a five-hour drive or one-hour flight to New York City. It was during this time Liebenberg opened cafés which were the predecessors of Coco Safar. “It was never about money. It was about being disruptive and on the cutting edge and doing fun stuff and taking risks. It was called Spice Safar at the time,” he said.

Beauty in symmetry and colour.

Then there was a treatment for a 13-part Netflix series but Liebenberg found he had to make choices, believing Coco Safar to be The One. “Making Eternal was extremely challenging – like stepping into the abyss, pushing yourself out of your comfort zone – but very rewarding,” he said. “Coco Safar is very similar as it is so complex and multi-layered. So let me pick this one which was hard, because I like to do 10 things at the same time. It’s a plus and a minus.”

The focus was to create the Hermès of coffee cafe and patisserie and really be at the front line of the field. “That’s been a longer journey than I thought, with lots of twists and turns. I think today we’re at that point where the brand is now being recognised by people around the world, that we are a thought leader in the industry. We are patient. We could have already been in 15 cities around the world but it wouldn’t have been the quality of the brand we wanted. It’s sometimes tough when you’re so meticulous about quality it takes longer. We were not ready to compromise; now we’re at a magic moment.”

Could you walk past this and resist temptation?

Whether it’s coffee in the morning, comfort food, or a late night tiramisu, Coco Safar’s quest is the ultimate all day luxury cafe experience, and the relentless pursuit of excellence.

Six days ago, it was announced the croissant de nata was a flavour of the month and would come to an end. If you have missed out, sorry for you, but there’s nothing stopping you from petitioning for its return. While you’re at it, ask about the churro caramel croissant, because that was a moment for me when the heavens opened and angels poured forth singing hallelujahs and blowing their golden trumpets and flinging fistfuls of glitter. A thing of beauty that began with a small taste of the corner and ended with the whole thing devoured before the kettle boiled. 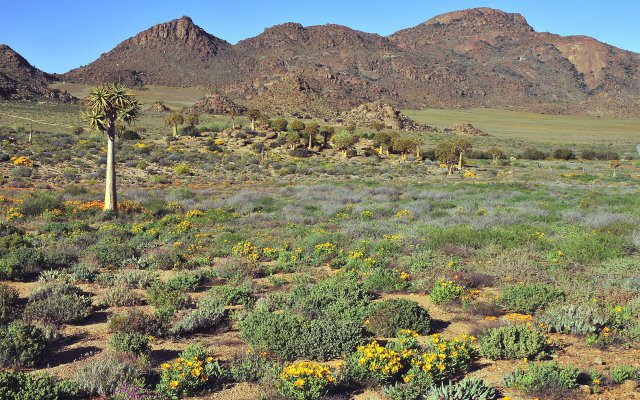 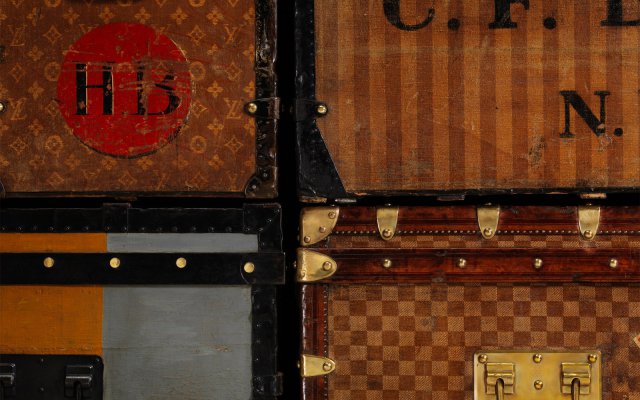 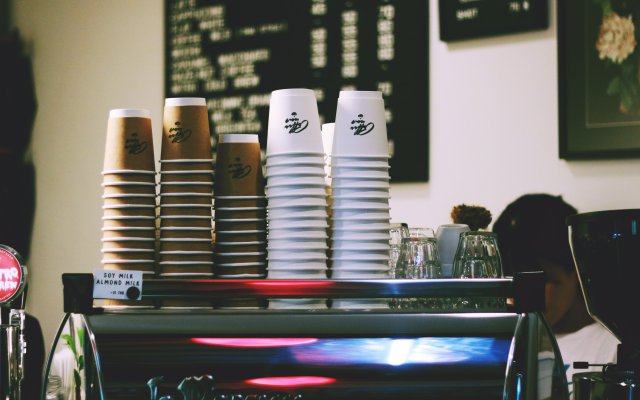 Food for thought: Is your reusable coffee cup really making a difference?

What does Cape Town have in common with Montreal? 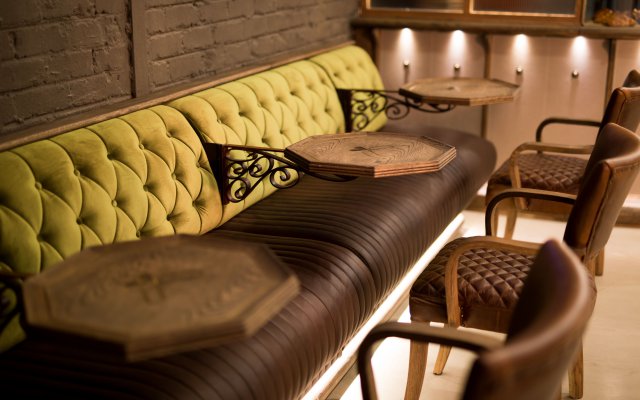 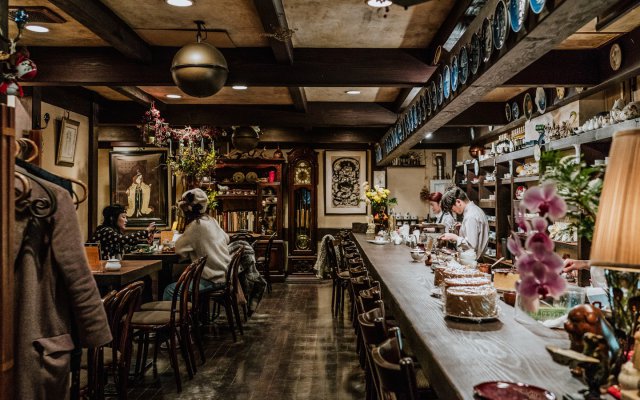 Traditional coffee fix in Japan: step back in time.